Skip to content
Tales From the Mop Bucket: Terry Hill 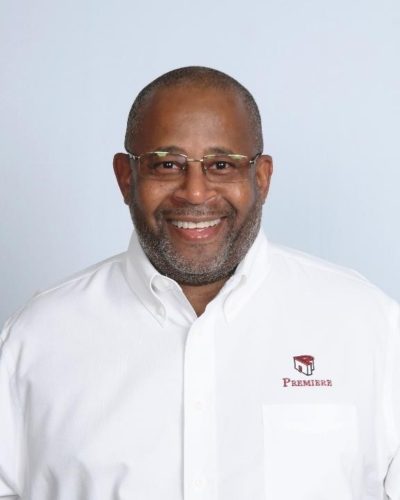 In an age of eternal job hopping, Terry Hill has spent most of his career with Premiere. He boils the secret of his success and longevity down to just two words: Loyalty and Commitment. He is totally committed to Premiere, to the clients he serves and to the employees he supports every day. And he is fiercely loyal to Mark Isom with whom he became instant friends.

Terry stumbled into cleaning in 1988 at the age of 25, when he started as a cleaner at Hickory Ridge Mall in Memphis. “I found that cleaning was my niche, something I could be really good at.” Terry says of that first job.

Since that time, Terry has done a little bit of everything janitorial in many different places. He’s lived in Memphis, St. Louis, Atlanta, Durham, Maryland, and now Knoxville. He’s worked in shopping centers, healthcare, education, commercial office and industrial cleaning.

When asked about his favorite type of cleaning, Terry recalls one of the proudest moments during his career was when he took over two healthcare facilities in Maryland that previously received failing scores from state and federal inspectors. During his time there, Premiere never once received a failing score.

He remembers the interaction with the elderly residents in the nursing homes fondly. “They were great to learn from. Just listening to their stories of WWII and Vietnam, gave me such respect for who they were and what they experienced in their lives. “

Terry’s first job with Premiere was in 1996 when Mark asked him to come on board to manage the then brand-new Northgate Mall in Durham, NC. “I could see a future with Premiere that I had not seen before.”

Changes to the industry have been inevitable over the years, especially over the last 18 months, but Terry believes Premiere continues to operate the same as when it started – with all things based on the Fairness Triangle – an ideal that he carries with him and operates by each day.

Terry treasures his connections to the employees and prides himself on getting along with everyone. Sherif Samy agrees, “If you can’t get along with Terry, there’s something wrong with you. He’s the best guy to everyone.”

Terry says he continues to learn from Thomas Maddox who he credits with being a mentor to him both personally and professionally. He also has this to say about his time at Premiere, “I have never regretted a single moment of my 24 years at Premiere or in my 32-year friendship with Mark.”

Lucky for the entire Premiere team, Terry plans to keep working as long as he can continue being productive. Here’s to hoping that’s 24 more years!